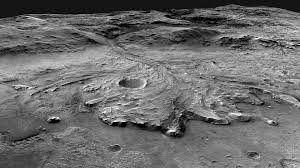 Perseverance Rover has captured the images of Mars which confirms the existence of Ancient Lake on Mars. The rover landed on the red planet’s Jezero Crater on Feb. 18, 2021.

Perseverance Rover has traveled 2.6 kilometers over coarse territory and has taken thousands of photos with its 19 cameras. The research team was thrilled about gathering the first rock core sections, flying the Ingenuity helicopter, and not but the least about publishing their results about the Jezero Crater delta. The recent research paper was published in the Journal of Science.

Perseverance’s primary objective is to abstract the small rock cores, approximately the size of dry-erase markers, and seal them into the sample tubes. The future missions of NASA will pick up these samples and bring them back to the Earth. 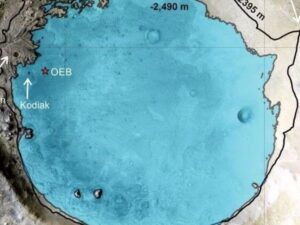 Perseverance Rover used its PIXL and SHERLOC spectrometers to understand the conformation of the rocks. The researchers found crystalline minerals that indicate the rock made in a basaltic lava flow and salt minerals could be the indication of ancient groundwater.

Ingenuity helicopters disconnected from the Perseverance Rover once they landed on Mars and became the first spacecraft to fly in the atmosphere on another planet. So far the Ingenuity voyaged 13 times and has taken detailed images of the ground. The images are helping to navigate to the final destination of the rover, which is a large delta in Jezero Crater.

According to NASA Jezero Crater has a large mountain of rocks that sits at the end of a dry river valley. The images which were shared by Perseverance presented titled layers of sediment that were shaped by flowing water, rather than flat layers that have been due to wind.