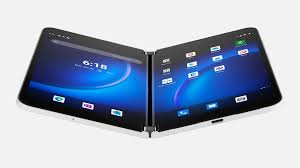 Microsoft has disclosed Surface Duo 2 its second Android smartphone. This is companies second attempt to create an Android-based dual-screen mobile phone and the hardware of the Surface Duo 2 is a way step forward.

The latest phone has features like Qualcomm’s latest flagship Snapdragon 888 SoC and supports 5G and NFC. It also has larger 8.3” Pixel Sense Fusion displays, bigger batteries, and a triple-lens camera on the back. The device looks like its previous models but comes up with some important advancements. The Surface Duo 2 has addressed many of the drawbacks of its original device. 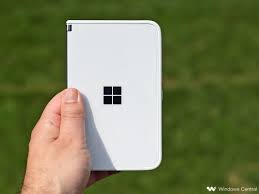 The Surface Duo 2 enhances the fingerprint sensor that has been assimilated into the power button. The hinge has been enhanced with a Glance Bar that can show the notifications and time of the day by default without opening the device.

This model runs Surface Duo2 UI based on Android 11, which eventually derives with lots of preloaded apps and with some valuable features to support the users to make the best out of it.