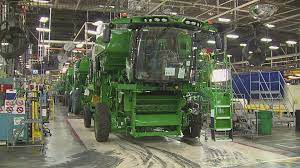 John Deere declared that they have reached a tentative agreement with the UAW (United Auto Workers) for a fresh labor settlement, after following a hit from their employees.

As per the statement by John Deere officials the agreement would last for six years for the union members of 10,100 maintenance and production employees at 12 facilities in Illinois, Iowa, and Kansas. While the new agreement has not received authorization from the UAW works for execution. The UAW will ask for a vote in the coming days on the tentative agreement.

Start of this month, the UAW members at John Deere factories in several states have been departed from the job as they had rejected the offer in the new contract. The contract had offered 5 percent increments for some workers and 6 percent for other employees, including the 3 percent increments in 2023 and 2025. 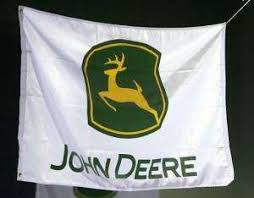 Ray Curry President of UAW and Chuck Browning of Vice President of UAW said that they have received the new agreement and the workers will remain on strike during the authorization process. The UAW further added that they will not disclose any information about the tentative agreement until all members see and evaluate the terms of the suggested contract.

John Deere employees who went on strike said that the company has recorded high profit and their dedication and hard work during the pandemic should earn them more than what their employer has offered them. Approximately 90 percent of workers have rejected the original tentative offer.