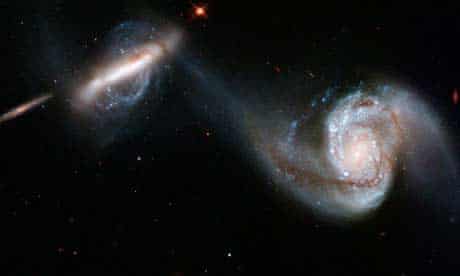 Hubble Space Telescope captured dangerous dance between Two Galaxies that are gradually bumping. Both of these are spiral galaxies and are located 100 million light-years away from Earth. These galaxies are together titled Arp 91 as they are interacting so much.

The galaxies have their own name, the lower galaxy, which looks like a bright spot, labeled as NGC 5953. The upper galaxy, which is in an oval shape, is called NGC 5954. 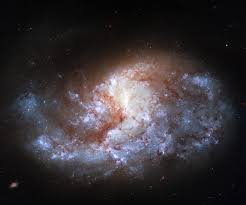 As per NASA, the NGC 5953 galaxy towing at galaxy NGC 5954 and resulting in a gigantic gravitational attraction between the Two Galaxies which is captured by the Hubble Telescope. Spiral galaxies are typically called and formed because of their swirling shape around a brighter center, which is stereotypically a massive black hole.

Researchers said that time and distance are the two major issues while studying the collaboration between these galaxies and defining the role they play or not in the ever-developing scenery. The process is forming far away and so slowly that the history of the human space study could barely see the big picture which is happening in outer space.