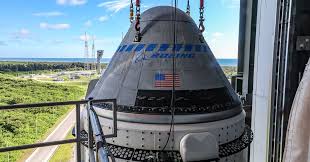 Boeing Starliner spacecraft is still going to face a long roadmap ahead of its flying astronauts into space. The space company is working on addressing an issue related to the vehicle’s propulsion system. The issue triggered just an hour before it was scheduled to launch an uncrewed test flight in August.

The Boeing Starliner mission is destined to take astronauts into space after launching atop a rocket. The mission is years behind as per their scheduled launch due to loads of issues and delays during the development process. In contradiction to this, their opponent company SpaceX has previously accomplished its development and experience of its own crewed spacecraft.

Both NASA and Boeing said in a statement that the Starliner has to complete its uncrewed test flight before it can fly human flight. The test flight is now postponed to launch in the mid of 2022 and they have provided an update on the investigation into the stuck in the propulsion system that halted a launch attempt in August. 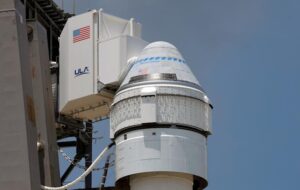 The Boeing officials said that they believe the leading cause was that nitrogen tetroxide oxidizer, ran through the Teflon seals in the valves and leading to interact with moisture on the other side. This moisture has created nitric acid that consumes the valves and triggered them to stick in the closed position.

The Boeing technicians have removed two valves and they are currently working on removing the third one from the spacecraft.  These three valves will be moved to NASA’s Marshall Space Flight Center for further research on them including the CT scans. Whereas other valves on the Satrliners will be sent to NASA’s White Sands Testing Facility, which has knowledge about facing situations with hypergolic propellants. Now, the technicians have added the vent holes so that moisture will not reach the Valves.

Boeing will receive the certification for crew rotation mission from NASA once they clear their test flight.